Kaboodle is a diverse series of 32 animated and live-action stories in varying length that encourage imagination, stimulate creative play and encourage exploration of values andissues. Kaboodle follows a narrative exploration with the stories and activities in each episode focusing on a different aspect of the “narrative” in both literature and screen stories. Many of the Kaboodle stories have been adapted from popular children’s books.

Molly Makes Music
Molly Makes Music: Molly has to deal with the problems associated with separated parents. A special friend helps her to come to terms with her new lifestyle. Double Take: Through a mix-up, two children end up with the wrong adults. The mix-up is sorted out, regardless of the language barrier. The Wheelie Wonder: Born with wheels instead of feet, Royce rolls, rather than walks. The story contains interesting incidents that highlight the value of being different. The Great Detective: When the television set disappears from the house, young Alexander and his trusty dog, Watson, go looking for an unusual criminal.

The Great Sandwich Swap
The Great Sandwich Swap: Everybody in the playground is unhappy with the sandwiches they have in their lunches. After a great deal of sandwich swapping, one character in the story is particularly happy – Walter, the dog. The Huge Adventures of Trevor, a Cat: The cat’s craving for even larger prey eventually leads him on an interplanetary journey. Scuff the Sock: After being hit by a car, a young boy ends up in hospital. A present makes his visit easier to cope with, as a firm friendship develops.

Marty Makes a Move
Marty Makes a Move: Marty is city kid, with lots of mates to play with, in an area he knows really well. When he and his family move to a small country town, Marty is horrified to discover that he is the only boy in his class at his new school. Much to his surprise, he discovers that girls can be just as good friends as boys. Wombat and Gumshoe: Wombat: the private eye, and his mate solve the mysterious case of missing baby Australian animals.

Penny Pollard's Diary
Penny Pollard’s Diary: A horse-crazy girl is surprised to discover someone like herself in the most unlikely of places - an old age home. The Cure: When a little boy catches the hiccups, his sister tries every trick in the book to help cure him of the affliction.

Joshua Cooks
Joshua Cooks: Joshua is a very ambitious young boy, who attempts to bake a cake for Nan’s visit all by himself. The result is wonderful, but Nan brings her own cake. The Wizards of Solmar: A mysterious puppet comes to life and convinces two children to come to the magic land of Solmar to fulfil a prophecy, and head off a war between wizards.

Gung Ho
Gung Ho: Now in their eighties, Gung Ho (the cat) and Roguefort (the mouse) are bespectacled and teetering, but still living out their age-old struggle for a piece of cheese. The Girl and the Pumpkin: A young girl finds herself a magic pumpkin, and all her wishes could come true – especially with a jar of try-harder powder. Lock Up Your Toys: Despite his parents’ assurances, an eight-year-old boy worries after he learns that his mum is going to have a baby. When the baby comes, the boy decides the newcomer could turn out to be fun.

There's Dragons
There’s Dragons: Dragons can turn up just about anywhere, as this light-hearted story graphically illustrates. The Kobold and the Potato: When a helpful elf appears in their house, the whole family is thrilled - except for Potato the Dog. The good luck brought by the elf comes to an end, with interesting consequences. Talo’s Story: When the first rain for a hundred years bursts from the sky of a distant planet, a boy and his friend are trapped in a cave. To comfort his friend, Talo tells of a distant planet where rain happens nearly all the time.

The Marvellous Adventures of Miriam
The Marvellous Adventures of Miriam: Life doesn’t hold much excitement for Miriam, until one night a magic horse appears to take her away and show her she has as much right as anyone to adventures and an interesting life. The Birthday Present: Kelly has one week to prove to Mum that her gigantic, unruly puppy can learn to behave. A crash course in obedience training seems hopeless, but Kelly has to try, or Bonnie will be given away. There’s a Sea in my Bedroom: What better way to lose your fear of water, than have a seashell spill a whole ocean into your bedroom?

Thing
Thing: A little girl finds what she thinks is a very pretty rock. It turns out to be a prehistoric egg, and when it hatches, she finds herself the proud new owner of a pet stegosaurus, which has some drawbacks. The Steam Train Crew: A hill covered in ripe blackberries is just too much temptation for the crew of a steam train. While they are gathering the fruit, the engine gets away, leading the crew on a merry chase. Whiska: When Whiska pops out of a hole in the ice near the South Pole, she spies what would warm any seal’s heart – something which appears to be a bright red ball.

The Idea
The Idea: An idea comes to a young girl in a dream. This ‘idea’, however, has a mind of its own, and it is a battle of wills over what form the ‘idea’ will take. A compromise is reached, and the idea ends up as part of the girl’s homework. The Ghost and Katie Domigan: Tough little Katie comes face to face with the ghost of the old mill, but it’s the ghost who has the daylights scared out of him. Waltzing Matilda: The ‘Jolly Swagman’ of the classic Australian folk song comes to life in this inventive and comic version of the familiar story. 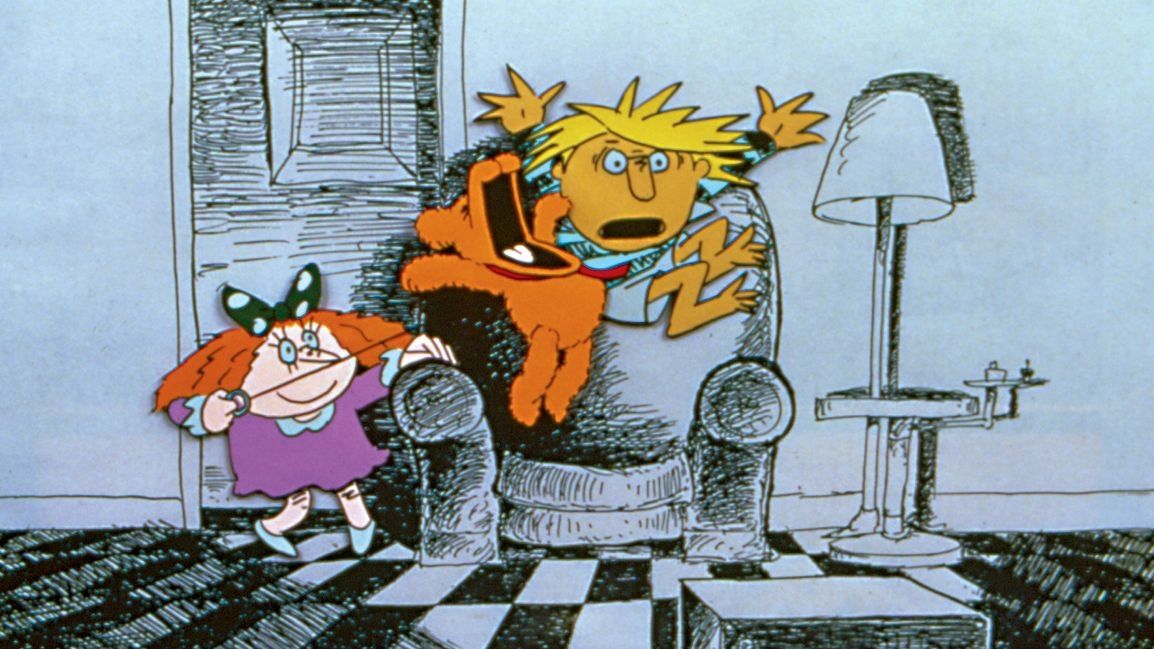 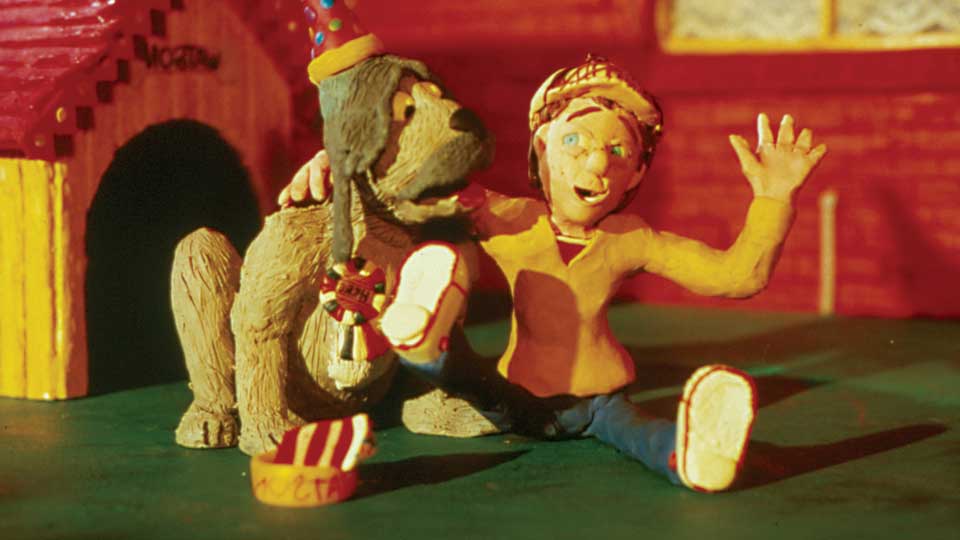 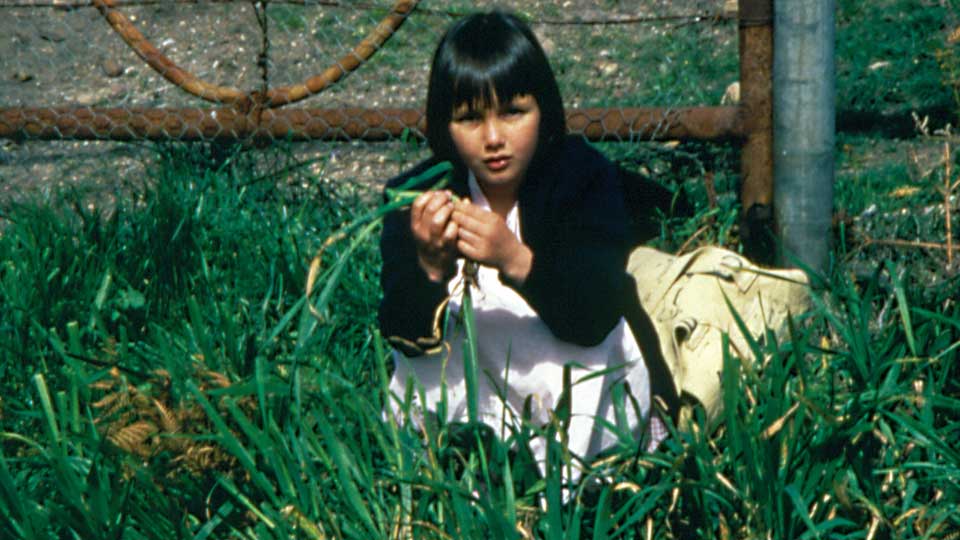 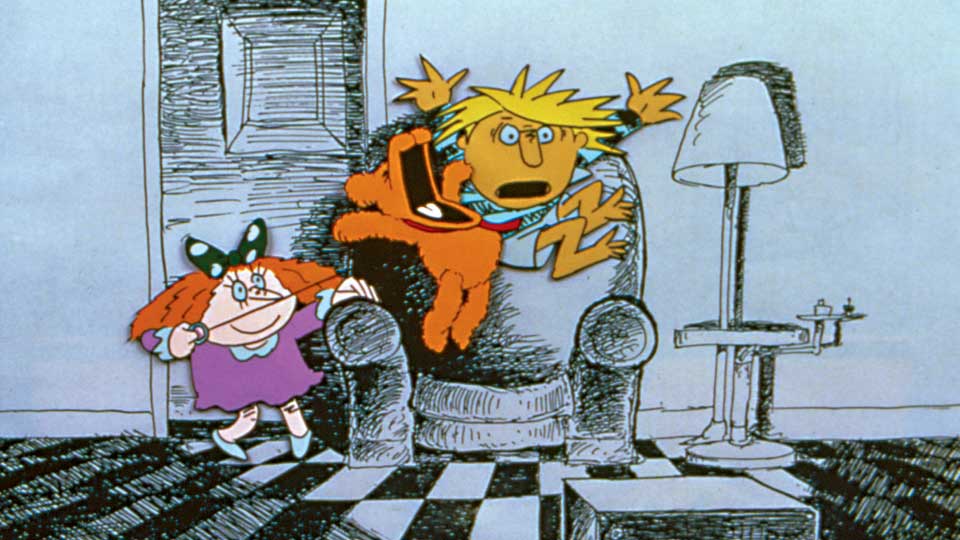 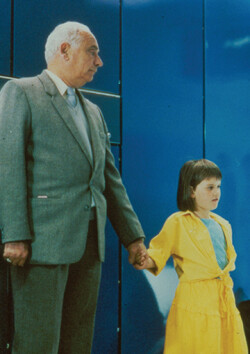