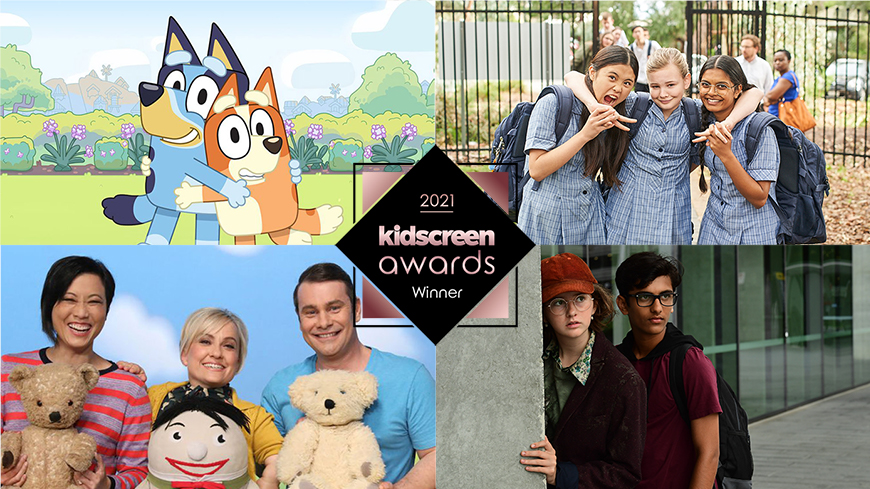 Altogether, ABC programs took home seven Kidscreen awards – the broadcaster’s most successful to date. This year the ABC tied with Disney on the number of awards received, pipped only by US network PBS.

Jenny Buckland, ACTF CEO said: “All the winners of the KidScreen Awards should be really proud, and the ABC should be especially proud of the overall result. Their Australian children’s shows across the board are knocking it out of the park right now. Well done to Libbie Doherty and team.”

This year marks the Kidscreen Awards’ eleventh of honouring the best work in children’s television and digital media worldwide. Past winners include Nowhere Boys, The Little Lunch eBook, Dance Academy and The Deep.

The ACTF congratulates the creative teams behind First Day, The Unlisted, Play School and Bluey on well-deserved wins.

The Unlisted is an Aquarius Films production in association with Buster Productions for the ABC. Principal production investment from Screen Australia, ABC, Sinking Ship and Create NSW. The ACTF provides educational resources for the series.

Play School is an ABC Studios production for the ABC.

Bluey is a Ludo Studio production for the ABC, with principal production investment from BBC Studios in association with the ABC and Screen Australia. Financed with support from Screen Queensland.