Fifteen-year-old, Tara Webster, has grown up on a farm in outback Australia, and has dreamt of being a dancer ever since she was a little girl.

When she makes it into the National Academy of Dance - the best school in the country - she is sure her life is about to be spectacular.

What Tara doesn't realise is how far behind she is in her training, and that there's a whole lot more to surviving the Academy than just dancing...

Country-girl, Tara Webster, travels to Sydney, to audition for the prestigious National Academy of Dance. It's a tumultuous week, as she realises her dream of becoming a dancer is going to be a lot more difficult - and humiliating - than she ever anticipated.

Tara arrives at the Academy excited about the year ahead, but soon discovers that she is the worst dancer in the class. As Tara struggles to fit in, she learns the hard way to respect her teachers, who her true friends are, and to watch her back around her roommate, Abigail.

When Tara's crush on Ethan threatens to derail her friendship with Kat, Sammy gets her to write a pros and cons list to clear her head. As the roommate war escalates, Abigail wins a decisive victory - emailing Tara's list to the whole school. Christian finds himself in the custody of the police, and, with nowhere else to go, has to accept his place at the Academy.

The First Years are given trust exercises to help forge connections with their pas de deux partners. Tara is frustrated when Christian refuses to participate, however they connect unexpectedly when Tara follows him to the beach and Christian rescues her from a dangerous situation. Meanwhile, Kat feels betrayed by Tara's secret crush on Ethan, and Sammy finds himself tied to Abigail for 24 hours.

Sammy is forced to choose between dance and his father, when compulsory Saturday ballet classes clash with his Synagogue services. Christian struggles to accept the rules of the Academy.

The National Ballet comes to town and Tara is thrilled to learn that Kat's mother is Natasha Willis, the Company's Principal dancer and her childhood idol. Sammy's girlfriend, Mia, also arrives, forcing Sammy to evaluate his growing feelings for Abigail.

Christian reluctantly agrees to dance in Ethan's showcase, but can't stand the derivative choreography. In order to show this ballet boy some real hip-hop, Christian takes Ethan home to Maroubra. Sammy admits to having feelings for someone at the Academy, and while Tara and Kat try to figure out her identity, Tara gives Kat a lesson on what it means to have a crush.

Abigail is devastated that her body seems to be developing, and defies Miss Raine by wearing a loose top to class. Sammy is forced to buy a dance belt, with Christian as his unlikely shopping buddy. Meanwhile, in an attempt to prove to Ethan that she's not just a little kid, Tara pretends to be dating Damien Lang, an older dancer in the Company.

Mocking her friends' obsession with teen popstar, Myles Kelly, Kat creates a video of herself dancing to one of his songs and then posts it on the Internet. She is surprised when the record company invites her to dance in Myles's next video clip... and stunned when sparks fly between herself and the heart-throb.

Episode 10 Through the Looking Glass

Christian's best mate, Aaron, comes to stay, and reveals the truth about the robbery they committed. Later, Aaron uses Christian as an alibi, forcing Christian to lie to the police, and to question whether old friends are necessarily good friends. Meanwhile, Abigail's control issues are spiralling out-of control, and she is caught shoplifting.

Tara is excited when Ethan asks her to star in his choreography assessment piece, but Ethan only has eyes for his mentor, Dana. Abigail's sister, Paige, stays for the weekend, and when the gang goes on a trip to an amusement park, long-held tensions between the girls reveal that all is not okay with Abigail.

Pressure is building at the Academy, as the students prepare for exams. Tara tries to ignore her recent "almost-pash" with Ethan, in an attempt to stay focused. With her sights set on the first year scholarship, Abigail pushes herself too far and severely restricts her eating.

It's Open Week at the Academy, and Tara discovers she is embarrassed by her unsophisticated parents - especially around her new boyfriend, Ethan. Her mum later reveals that the farm is in serious financial trouble, and her expensive tuition fees aren't helping. Meanwhile, Kat's mother reneges on her promised family holiday, and Sammy's father also disappoints by failing to show up to watch him dance. Abigail is stuck at home in bed, and finds a friend in Sammy.

Tara returns from the holidays excited to have been awarded the first year scholarship. However, this soon turns to disappointment, when Kat leaves her standing alone outside a warehouse party the night before their first ballet class. Abigail is trying to be a perfect patient in her therapy sessions, but has to ask for help in order to start tackling the real issues behind her eating disorder.

Petra Hoffman arrives at the Academy on exchange from the Berlin Ballet School. Homesick, she adopts a lost dog and attempts to conceal him in the Boarding House. Kat has been ditching class to spend time with her new boyfriend, and her punishment is to teach ballet to a class of underprivileged kids. Tara ends up kissing Christian behind Ethan's back, leaving her feeling guilty and confused.

Kat is upset when her parent's ignore her 16th birthday, and throws herself a huge party at their harbour-front home as revenge. However, chaos soon reigns when Tara spies Kat kissing Christian, and realizes she can't ignore her own feelings. Petra accidentally gets drunk, the photo of Tara and Christian together is revealed, and the police are called to end the out-of-control party!

It is school camp time, and Tara is ostracised by her friends and further humiliated when photos of her and Christian kissing keep appearing everywhere. Tensions culminate in a fight between Kat and Tara, and both girls learn the hard way that friendship is more important than boys.

Petra has decided to stay in Australia and enjoy life as an ordinary teenager, however when the Berlin Ballet offers her a contract, she has a difficult choice to make. When Scout auditions for the Junior School summer programme, Kat is able to make amends for disappointing the younger girl. Meanwhile, Sammy and Abigail have started meeting in secret, and Abigail has no intention of making it public knowledge - they're just kissing, it's not a relationship.

The Institute of Sport's Australian Rules Forward Squad has been sent to the Academy for some specialised training, and the challenge is soon on between the dancers and the footballers, to prove which is the toughest sport. Miss Raine has chosen Tara and Abigail to do daily private classes, and Tara finally learns why Abigail hates her so much.

When the Board decides to cut hip-hop and jazz from the curriculum, Kat goes on the warpath, blaming her mother for this change. Tara and Christian find themselves together at the beach, and their spark is rekindled - so much so that they lose track of time, and are running late for the Patron's Showcase performance, when Tara trips and badly injures herself.

Episode 21 Fomo: Fear of Missing Out

It's a month since Tara's injury, and her plaster is due to come off. But, Tara seems much more focused on her new boyfriend, Christian, and organising the school formal. Sammy and Abigail decide to take their relationship to the next level and Ethan is offered an early contract with the Company.

Christian's sentencing hearing has been set, and, believing that he's headed for juvenile detention, Christian decides to stop playing by other people's rules and goes back to his old neighbourhood. Tara has been working hard in rehab, with Ethan as her coach, but is too scared to dance again. Sammy is so focused on trying to save Christian, that he's been ignoring Abigail - and she has to accept that their relationship is over.

Christian is ready for his court date, but everything unravels when old loyalties cause him to change his story. Kat is shocked to learn her brother is moving overseas, and in an attempt to get him to stay, tries to reignite the flame between Ethan and Tara.

Sammy and Christian have made a pact of brotherhood - from now on they are an 'island of man', but Kat wonders whether Sammy might have a man-crush on his new best friend. Meanwhile, auditions for the Nutcracker are coming up, and neither Kat nor Ethan are thrilled to discover their father is directing the ballet. Abigail learns that her parents are separating, and puts everything she has into securing a solo role.

Rehearsals for the Nutcracker are underway. Tara is playing the role of Clara, and quickly discovers that being the star is not all its cracked up to be, as Abigail's claws re-emerge. Sammy is forced to admit that his feelings for Christian have moved beyond that of just friendship, and Myles Kelly returns to rescue Kat from the costume dungeon, where she has been exiled since walking out of her audition.

The end of year performance of the Nutcracker at the Opera House has finally arrived, and Tara continues to perform her role so badly that it seems Abigail will be re-cast in her place. Does Tara have what it takes to put everything she has learnt this year into practice, and find the courage to stand centre stage? 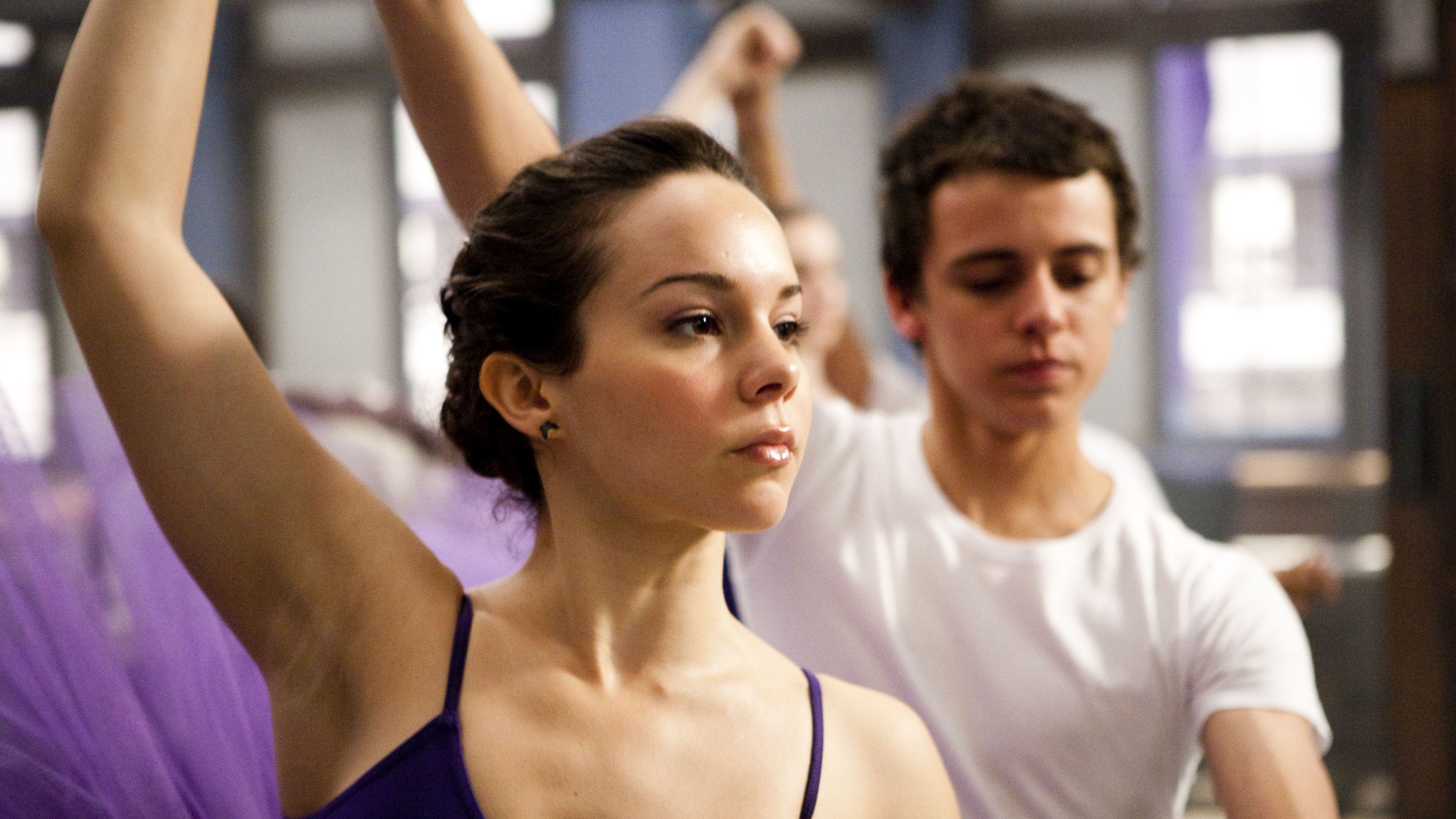 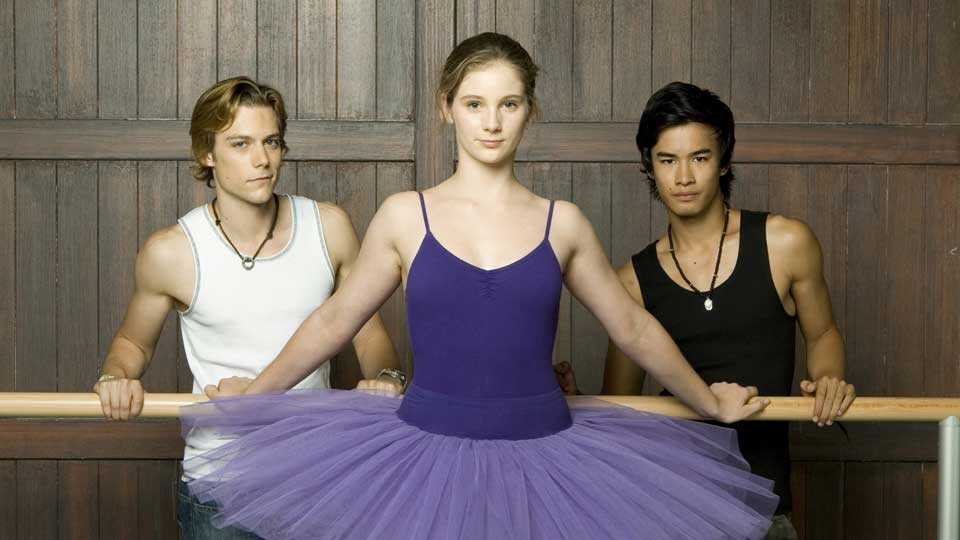 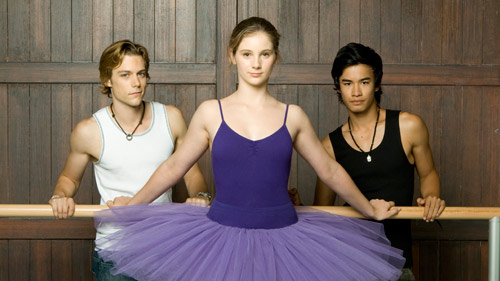 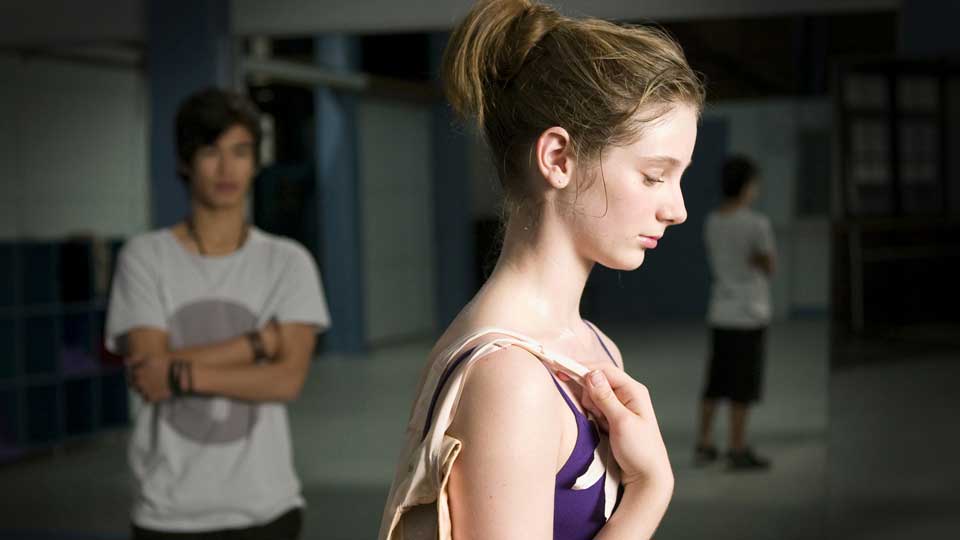 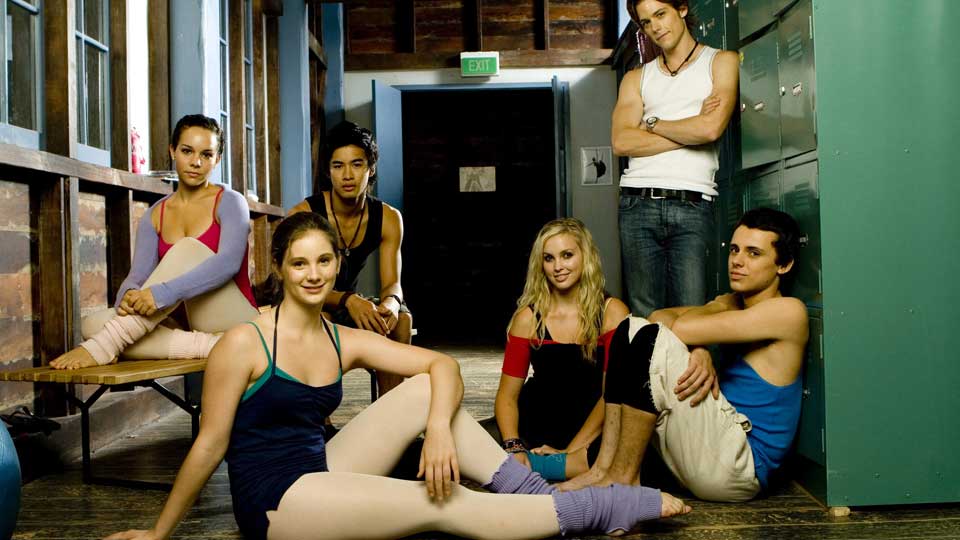