Bushwhacked! is a 13-part series hosted by Brandon Walters and Kayne Tremills, as they set off on the adventure of a lifetime to remote corners of Australia, meeting the country’s weird and wonderful wildlife, and learning about Indigenous rites and rituals.

The series brings the bush to the ‘burbs, as Brandon sets Kayne a new challenge each episode to track down one of Australia’s unique animals. But, it is as much about the journey as it is about the destination. It’s a fun-fuelled, adrenalin-pumping, fast-paced adventure following these two colourful characters – one, an ice cool bushman; the other, a skateboarding city-slicker, who’s never been into the heart of Aboriginal Australia.

Whether it be chasing down dangerous spiders, killer sharks and venomous snakes, or friendly penguins and loveable turtles; adventure is never far away, as the boys challenge each other with rock climbing, skydiving and zip-lining.

Along the way, Brandon introduces Kayne to friends from local Indigenous communities, who get the boys involved in everything from traditional smoking ceremonies, to investigating local bush tucker and bush medicine.

Humour and high spirits are a trademark throughout the series, as Brandon and Kayne often find themselves out of their comfort zones, as they take the journey of a lifetime together.

Deep in the wilds of Cradle Mountain National Park lurks the notorious Tasmanian Devil. With the help of a local ‘Devil Whisperer’, Kayne and Brandon track down a den inhabited by a feisty Devil family to complete their mission of giving one of Australia’s most cantankerous animals a kiss! They also explore the area on quad bikes, and Brandon tempts Kayne with some local bush tucker specialties.

Brandon and Kayne face their creepiest, crawliest mission so far, as they head into the Lamington National Park rainforest in South-East Queensland to track down one of the world’s deadliest spiders – a Northern Tree-Dwelling Funnel Web! What does ‘tickling’ a deadly spider really mean? Find out, as the boys start their latest mission high above the trees, hang-gliding into the lush terrain, and begin their search on two-wheeled Segways. Along the way, they meet the local Yugambeh people, who share their knowledge of bush tucker and medicine. Kayne is happy to learn Funnel-web Spider is not on the menu!

Brandon and Kayne come face to face with a Tiger Snake in its natural habitat of the Wesley Vale Marshland, outside of Launceston. One of the world’s most deadly snakes, Brandon and Kayne learn how to handle it safely, as well as milk its venom! The boys also head deep underground for a caving adventure in the honeycomb tunnels of Mole Creek Caves, before getting their hearts racing, speeding high off the ground down a zipline in the treetops of Liffey Forest. And in a surprise even to the crew, the boys got their hands on 10 newborn baby snakes!

Cape Tribulation in far north Queensland is the home to the unusual and shy Cassowary, one of the world’s largest flightless birds that are high on the endangered species list. The boys track the bird through the rainforest, careful not to come in striking distance of its powerful feet and claws!

In the heart of the Central Desert, outside of Alice Springs, Kayne and Brandon go in search of a bush tucker feast to serve to the elders in the remote Aboriginal community of Pupunya. But first, they must join the local women to dig four feet underground to find honey ants, a local delicacy, which they add to their banquet of desert fruits and vegetables, as well as the tasty witchetty grub and local delicacy of kangaroo tail! What Brandon and the elders eat, so too must Kayne!

Remote control skate boarding in the bush? The craziness doesn’t stop! Which is exactly what Kayne thinks when Brandon tells him his next mission is to go diving with Great White Sharks. But as sharks are attracted to sound, Brandon wants Kayne to beat box while underwater to lure one in – certainly high on the crazy and deadly scale!

Heading to the tropical beauty of Heron Island for Turtle Season in the Great Barrier Reef, Kayne and Brandon find themselves face-to-face with a beach full of Green Turtle hatchlings. But it’s a life or death race, as the baby turtles have to navigate their way to the water with their natural predators waiting on all sides. The journey continues, as the boys strap on oxygen tanks and dive to the depths of the reef, getting up close and personal with the adult turtles as well. Feeling the urge to get a ‘birds eye view’ of the area, Brandon and Kayne take to the sky ‘jungle surfing’, where the rainforest meets the Great Barrier Reef.

Deep inside Kakadu National Park in the Northern Territory, local rangers are keen to monitor a rogue saltwater crocodile – the deadliest reptile on the planet! Brandon reckons Kayne could help them out, and enlists his mate to help lure a giant croc into a cage, anaesthetise it, and then attach a satellite tag to the back of its neck. They release it back into the wild (but now under surveillance), to ensure the local communities remain safe. It’s jaw-droppingly scary!

Brandon and Kayne travel to Seal Rocks, off the northern coast of New South Wales, an area renowned as one of the last colonies of endangered Grey Nurse Sharks – there’s only about 400 left in the wild. Brandon challenges Kayne to swim with the sharks and to take an underwater photograph, in case one day they are gone for good. And because swimming with sharks is just not enough danger and excitement, Brandon and Kayne take a high-velocity sky dive plummet to Earth, before a session of rampaging sand dune boarding. They also experience a local Indigenous smoking ceremony on Boomerang Beach.

Starting from the highest peak on Australia’s most southern point, Brandon and Kayne jump on their mountain bikes and blast their way down Mt Wellington, outside of Hobart, as they start their search for the elusive Fairy Penguin. Abseiling, sea kayaking and a spot of surfing later, the boys come face-to-face with the mysterious, but very cute Fairy Penguin, while also meeting a rather unusual Albino Wallaby along the way.

High above Melbourne, doing 360 spins in WWII fighter planes, Kayne introduces Brandon to his home turf, where they get involved with rescuing wild animals that live in the big city. From saving possums stuck up chimneys to removing fishhooks from wild turtles, living in the city makes for tense times! One of Brandon’s most memorable moments comes, when he and Kayne take part in releasing a koala back into the wild after months of rehabilitation – heart warming!

Arnhem Land in the Northern Territory is Australia’s final frontier. Cut off by floods from the rest of the country for six months a year, Brandon and Kayne arrive too early, so their first challenge is getting across the East Alligator River – a croc-infested expanse of water that is not for the faint-hearted. Once inside Arnhem Land, they meet a few locals from the Indigenous community, who help them track down an Arafura File Snake, which Kayne has to cook and eat with his new friends. But there is just one catch – this rare delicacy lives in water – the same water that crocodiles live in! Will Kayne survive this heart-pumping challenge to enjoy his feast? Will the locals enjoy his cooking skills?

In the Blue Mountains, west of Sydney, Brandon and Kayne start this episode climbing some of the most spectacular cliffs in the country! A complete head-rush way to arrive, just in time to face a hoof-thumping mission: Brandon challenges Kayne to muster 40 head of cattle in the Megalong Valley – but, to do so, he’ll have to undergo four days of training as a Jackaroo. It’s not easy work, with the boys learning to shear sheep, test cows for pregnancy and more. They take some time to meet the local Gundugurra people, before Justin the Jackaroo puts them through their paces on the farm. 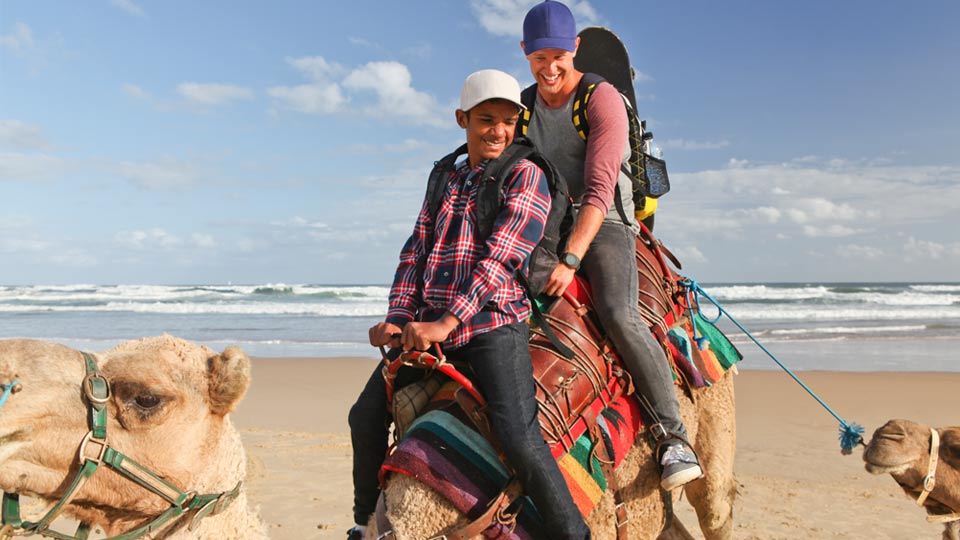 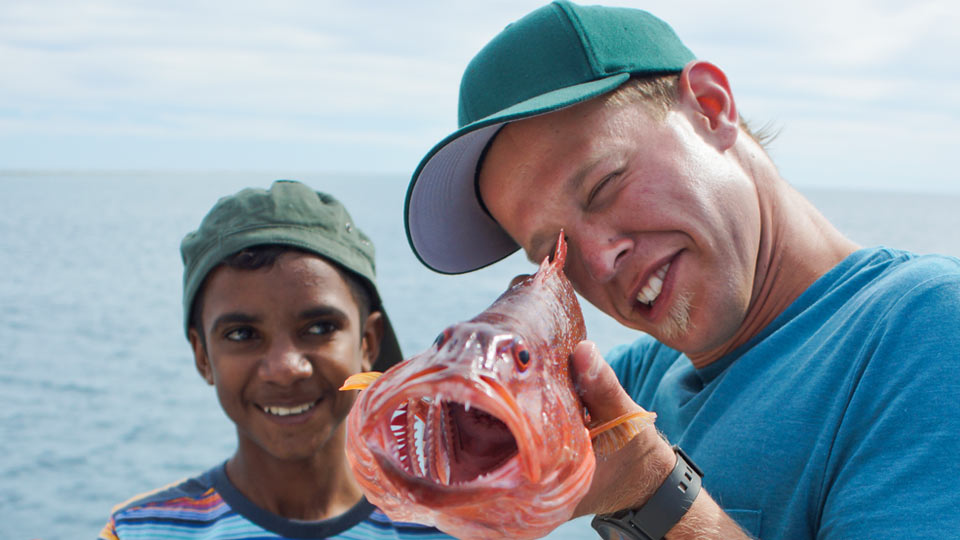 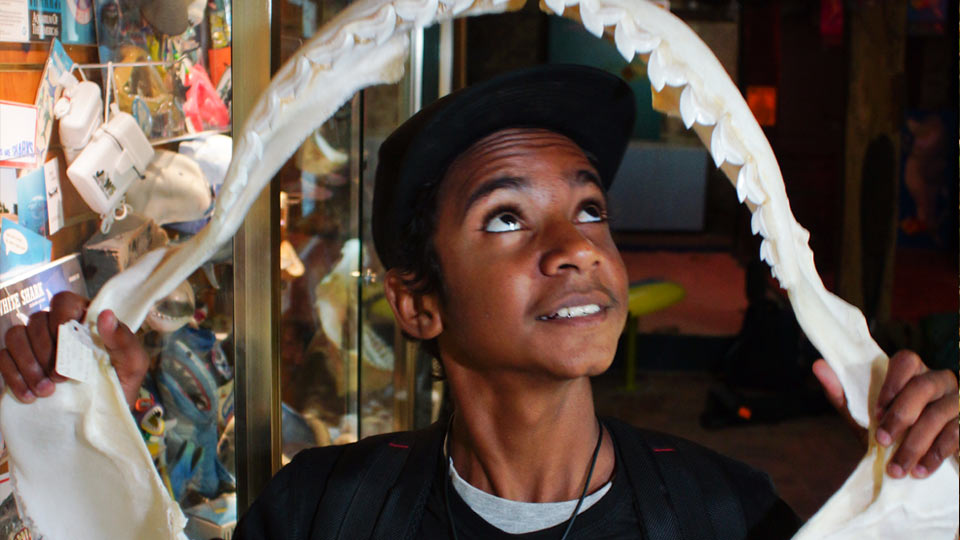 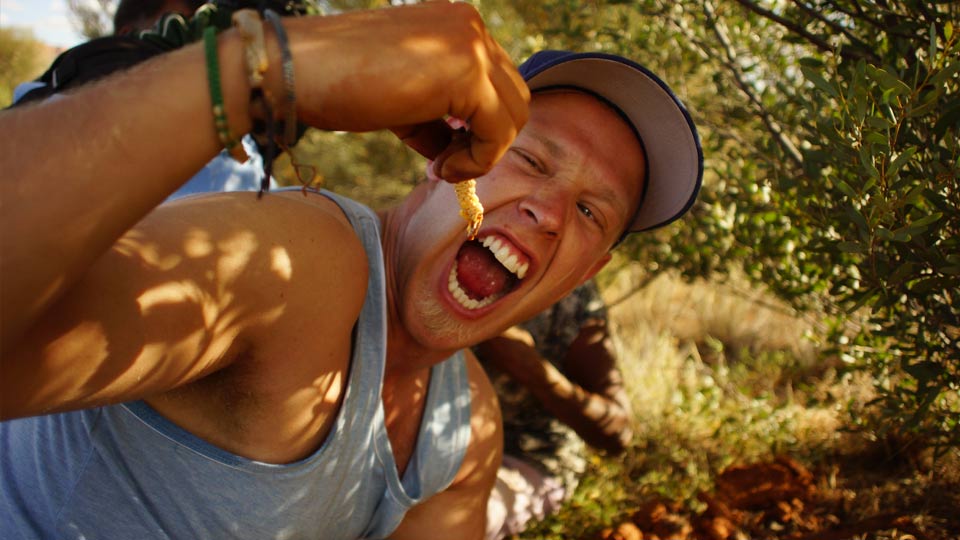 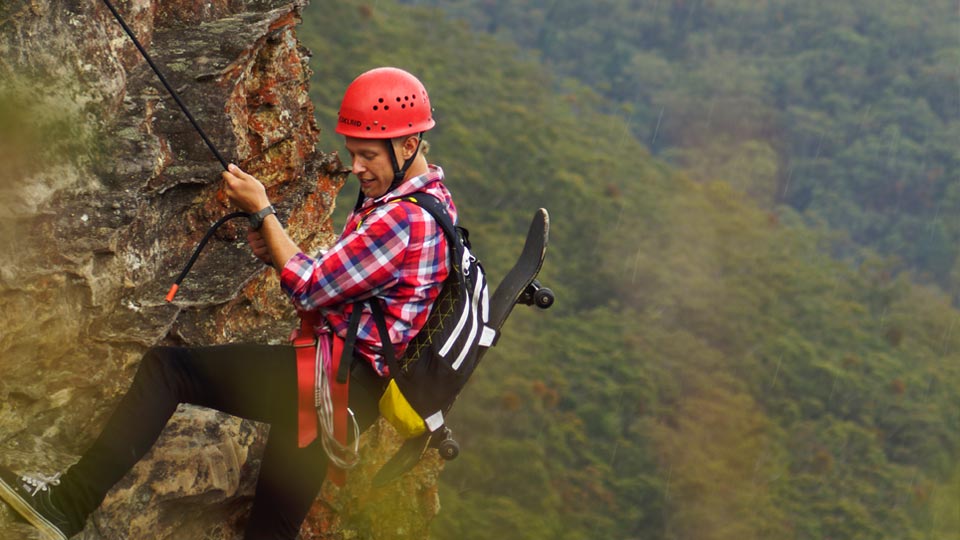 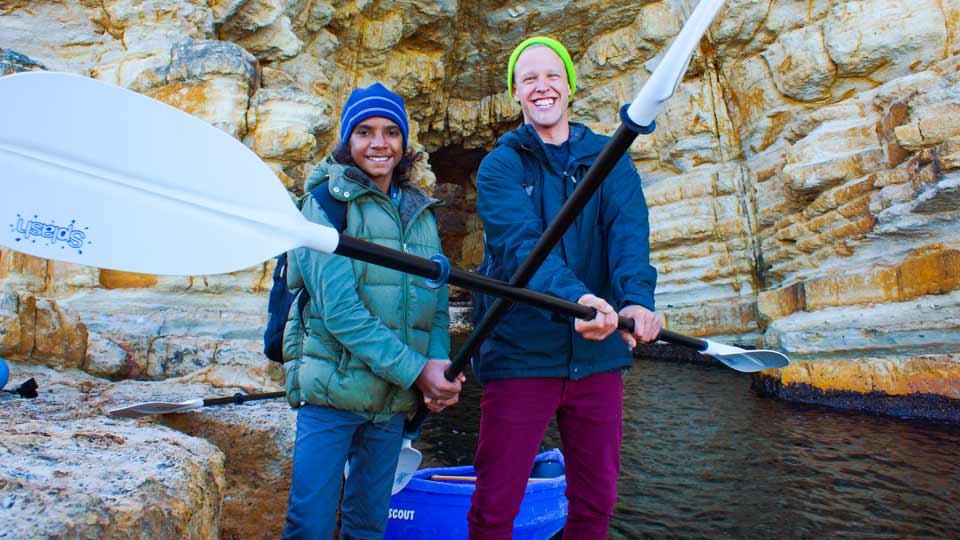 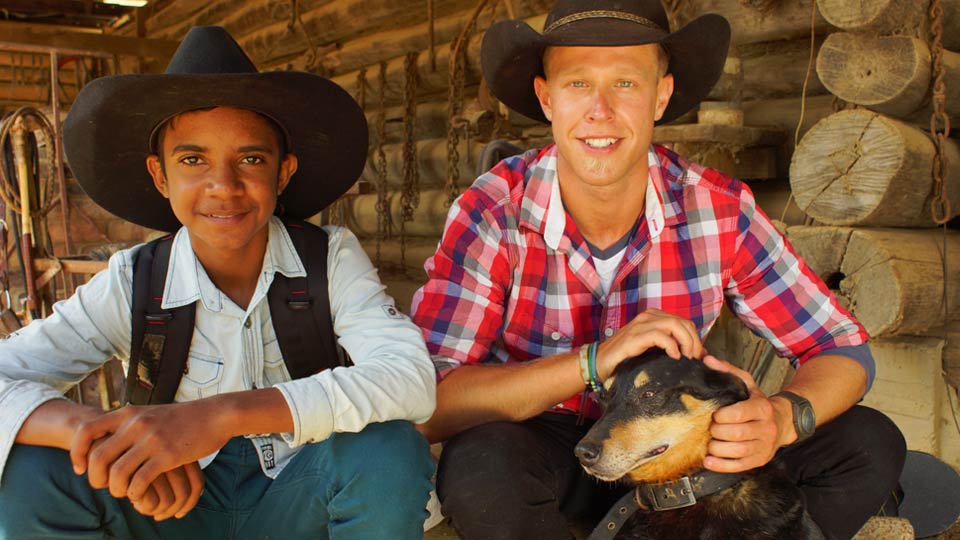 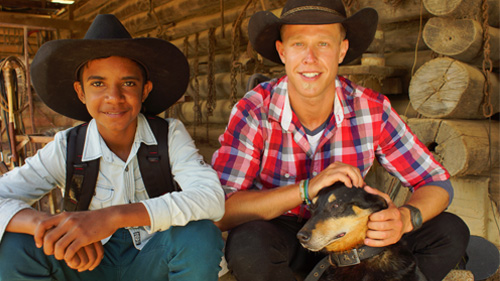