What happens when your two best friends are worst enemies? When the rough and tumble Dusting turns up uninvited to be Roger Thesaurus’ best friend, Thesaurus is in trouble – he already has a best friend, the bossy Millicent.

Whenever Millicent and Dusting vie for Thesaurus’ attention, sparks begin to fly!

Celebrating the absurdities of childhood, Worst Best Friends charts Thesaurus’ course through the minefield of playground politics and family issues.

On a school excursion to the Sparkling Star Bottle Works, Millicent and Dusting become trapped and are convinced that aliens have abducted Thesaurus. When Thesaurus eventually saves the day, the bottling works gives Dusting and Thesaurus free bottles of soft drinks.

When Dusting is cast as Don Giovanno in the school play, he swaps the part with Gilbert. There's no way he's going to kiss Millicent in the performance! But things go wrong when Gilbert gets an asthma attack on the night of the play and Dusting finds himself on stage kissing Millicent's tortoise, Alexander.

It's Help A Needy Person Week and Millicent, convinced that Dusting is poor, is determined to help him - whether he likes it or not! But when Thesaurus sleeps over at Dusting's, he discovers that Dusting's family is far from poor and Millicent learns a lesson about charity.

When Dusting's Aunt Ivy comes to town and Thesaurus's mum forgets to cook him dinner, the two boys decide to sail away to Africa. But when Roger tells Dusting a ghost story on the first night, Dusting gets scared and deserts Thesaurus.

Dusting's position as school bully is threatened when Eddie arrives at school. When Eddie threatens Millicent's pet tortoise, Millicent convinces Thesaurus and Dusting to teach Eddie a lesson - a lesson involving Eddie's underpants and a flagpole!

Episode 6 In the Pink

Thesaurus's life is turned upside down when Dusting and his Mexican walking fish decide to move in for a few days. When Millicent paints Thesaurus's room pink to drive Dusting out, Thesaurus is once again caught in the middle between his two worst best friends.

Episode 7 The Prince of Bermuda

While Thesaurus's dad takes him on a holiday to the local motel, Avril is convinced that the new P.E. teacher, Mr. Collins is about to propose to her. In an effort to win Avril away from Mr. Collins, Gilbert pretends to be French and challenges the teacher to a duel.

It's election time for Class Captain. Millicent backs Glen Appealing while Thesaurus backs Dusting. But when Glen shows more interest in swimming than the election and Dusting is caught cheating, it's Thesaurus who ends up becoming Class Captain.

Millicent conducts a poll at school to prove that she really is a good person, but Dusting reminds everyone of Millicent's bad points. Millicent is devastated when her school friends tell her what they really think of her.

Millicent decides to stay in bed until everyone at school apologises for being mean to her. But her decision has dire and unplanned consequences, as Avril tries to take over Millicent's position at school!

Episode 12 The Chosen One

In exchange for a rabbit, Molly offers to help prove to Max that he is not adopted. Meanwhile, Thesaurus's dad and Avril's mum hook up together and Thesaurus is forced to sleep in Avril's laundry.

Dusting cons Thesaurus into going to the school fancy dress party in the rear end of Dusting's horse costume. But when Thesaurus sprains his ankle, it's Dusting who gets the nasty surprise - he'll have to dance with Millicent! 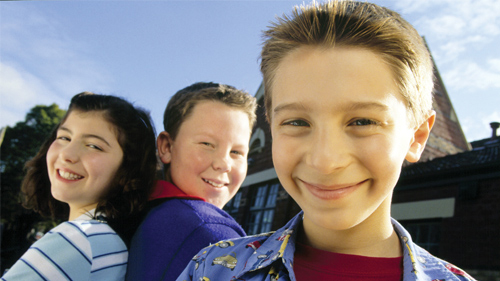 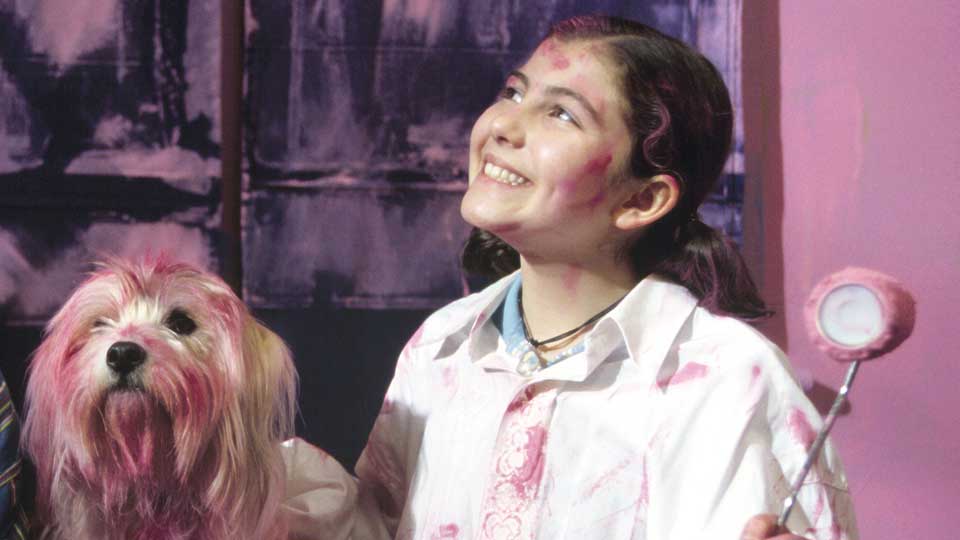